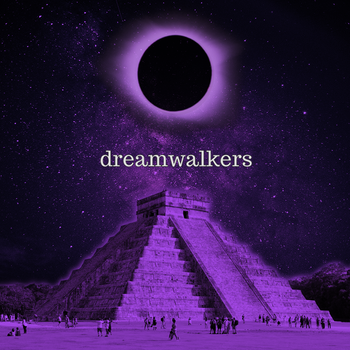 Hey Richard, I’ve had it (Dreamwalkers Album) spinning in the car for a few weeks. Enjoying it every time. Great work. Brett M. Sarasota, Florida

Dreamwalkers, with brilliant original music lead by co-founder, guitarist, writer Richard Schulman (Dr Dreamwalker) , with an equally immensely talented band consisting of co-founder Jeff Hocker, Tony Sheppard, Culynn Murdock, Debbie Stern and Pat Russini, puts out music that is beautifully inspiring and spiritually uplifting. The lyrics, vocals, harmonies, and instrumentation are what brings you there. The originality of the music still conveys reminders of David Gilmour, Stephen Stills, Neil Young, Pete Townshend, and a few others who transcended the 1960's. With the Dreamwalkers, the music transcends the sound and message as better as ever in a time when it's needed more than ever! - Marc Starcke, Pembroke Pines, FL.

I am truly enjoying your CD. What an accomplishment and message from the heart! Thanks so much for sharing it with me and the world. Truly remarkable talent. D.S. Cambria, CA

I was coming back across the bay from my girlfriend’s, driving her 2001 BMW M3 convertible. Somehow, with the top down, and beautiful sunny California all about me, that lengthy guitar intro to Crazy Movie (and then some of the lyrics) seemed perfect.  I was able to listen to the entire cd, in one swoop, under the sun.  I realized this morning, when I woke up, that “The Redemption” had left an earworm.

p.s. just a couple of other thoughts...  townshend's influence was clear but not overt... the directness of your lyrics and i was mildly surprised that you seemed more influenced by Lennon than McCartney.... i always thought you more a Paul kind of guy. Anyway, nice CD

You can not separate the Dreamer from the Dream for one can not exist without the other.

Dreamwalkers takes the Dream out of Unconsciousness and brings it to our awareness.  Here we may examine ourselves with the illumination offered by the Light.  Dreamwalkers CD offers us the opportunity to see ourselves in a deeper and quite revealing manner.  One thing that sets this album apart from so many others is that the musicians are not teenagers filled with anger and alienation but from advanced souls who have listened, experienced and know.

Dreamwalkers was formed by Richard Schulman and Jeff Hocker in 2014.  Tony Sheppard, Culynn Murdock, Debbie Stern and Pat Russini joined and the Album was released in late March.  A finely executed and well crafted collaboration of music, heart and soul that all the band contributed to were necessary to make this Gestalt.  Although one might think it was released 50 years ago with the sounds of rock, blues, jazz  and folk artfully  blended  it is hot off the press.  Vintage instruments, state of the art technology and a touch of the Divine bring to us a new Dream to experience.

The first cut “Crazy Movie” lets us know that, “Dream is a letter sent from the soul, Fragments of eternity falling from the sky”.  As we listen we hear these Musical Pilgrims reveal their own journeys and the knowledge gleaned therein that we might benefit from it and avoid those same traps in our pilgrimages.

This is more than music although the music is quite sufficient in itself. We have an amalgam of music, philosophy and Spiritual Evolution.    Dreamwalkers is a bit of a GPS for Pilgrims where there is no other map and intuition and consciousness are our Guides.  Songs of joy, loss, pain and “The Redemption” are offered.  “Twelve Years Later”  touched me deeply and offers wonderful inspiration.

Close your eyes, open your ears and listen with your Heart to all of the notes as well as the spaces between the notes and more will be revealed.  Listen carefully and know, “Only Love is Real”.  Outstanding Dreamwalkers.  Dream on! Rock on!

Stirs the soul, moves the body, awakens the mind. A breath of fresh air. Sweet melodies and succulent harmonies accompany the ear on a journey through the human condition. A joy, an eclectic piece of art, a gift to the listener and the world. Can’t wait for more.

The album is certainly the best example of the finest 1960’s vintage blend of spirit and connective relativity ever amalgamated! With it’s warm tasty notes and smooth feeling tonality; it blesses the heart and soothes the mind. By word and indeed lyrical convictions, it carries the best emotion and dissipates the inevitable anguish and redress of the soul. Negative thoughts and relinquished empowerment find fortifications and encouraging melodies that lift the heart from bitterness and sad afterthought. Some would dance to it. Most will soak and savor the reminisce of hallowed, yet unloved youth!